Conversational Intelligence and why it matters in veterinary practice

Communication is an essential aspect in veterinary practice. Vets have to converse with clients about different topics ranging from health and behaviour to personal struggles related to pet ownership. There’s also internal communications with colleagues on a day-to-day basis. Morale, performance, and commitment hinge on good communication. In fact, there’s a specific type of communication that’s proven to be valuable in a business’s success called “Conversational Intelligence” or “C-IQ.”

Conversational Intelligence refers to our ability to connect with others by using emphatic, innovative, and creative communication styles. This type of intelligence is a collaborative effort which can improve client relations and make any organisation more resilient. “Feel good” conversations associated with C-IQ can boost the production of hormones like dopamine, oxytocin, and endorphins responsible for giving us feelings of happiness and a sense of well-being. 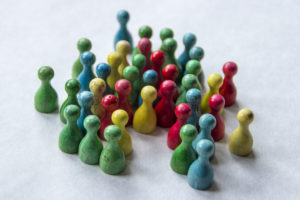 C-IQ is only possible if trust is present. According to experts, our brain’s ability to detect trust and distrust in everyday conversations has been hardwired over millions of years of human interaction. Simply put, C-IQ begins by building trust with your colleagues and engaging them in deeper conversations. These collective, constructive conversations create a healthier workplace culture where people learn from each other and achieve goals as a team.

Before applying C-IQ into real-world settings, let’s take a look at the different facets of conversation. Thought leader Judith E. Glaser outlines different levels or dimensions to conversations. To gain C-IQ, you have to learn the appropriate level to use in a conversation.

The first level is transactional conversations which is a way of giving and receiving information. For vets, this is a type of conversation which happens during a consult, usually in a question and answer format. The client may have questions about their pet’s health, their meds or post-operative risks for example, and they seek out your expertise for help.

Positional conversations entail a level of persuasion. In this dimension, you want to defend your opinion or push forward an idea. Conversations like these can occur in more formal settings like an evaluation, a weekly meeting or a one-on-one conversation with a practice manager about your ideas in improving workplace time management. At this level, it is important that the one expressing their opinion is given the proper time and attention. Practice managers or veterinary directors must listen to foster a more open and collaborative environment where ideas are valued.

Finally, transformational conversations or co-creating conversations is based on sharing and innovative thinking. Much like a brainstorming session, this dimension requires you to coax insights from your team by being open to new perspectives and inspiring others to think out of the box. This way you can also generate your own ideas based on the input from your team.

Now let’s put theory into practice. Why do vets need Conversational Intelligence and how can we use it to build a successful veterinary practice?

Researchers found that there are gaps in communication between vets and clients. When consulting vets, owners don’t know what actually happens during pet’s physical exam. They simply trust the vet’s expertise without asking too many questions. They get the meds or treatment and go their merry way.

Transaction conversation can be used here to create more informative conversations. Instead of waiting for clients to ask questions, be proactive in communicating what is happening during the exam. This will help educate your clients and lessen miscommunications. It also creates trust between you, the healthcare provider, and the pet owner. However, remember that a conversation is a two-way street. Resist the urge to fall into a directive style of conversation. Your clients may have helpful insights that would lead to a more accurate diagnosis. Eventually, you can move on to positional conversations where you can suggest a number of treatment options and your preferences. Finally, in the transformational level, innovative solutions to problems in vet practice can sometimes emerge from conversations with clients and being open to their feedback and ideas.

In a survey about positive and negative conversational behaviours, 85% of managers admitted sending mixed messages to the team such as “showing concern for others” and then sometimes “pretending to be listening.”

Everyone has bad days, and this may lead to negative conversational behaviours like being too emotional or suspicious about other people’s intentions. However, you need to remember that consistency in communication is the key to earning your teammates’ trust. Unless you are training a newly hired veterinarian or facilitating an in-house workshop, transactional and positional conversations need to be limited in favour of transformational conversations.

Instead of starting a conversation with the intent of convincing a colleague to agree with you, try to be more open to their side. Instead of simply informing them about the clinic’s targets and goals, you can encourage suggestions on how to achieve these goals. By doing so, your achievements will become shared successes among the whole team.

Ultimately, Conversational Intelligence is about stepping out of yourself and looking at the world from other perspectives. This requires empathy and inclusivity. There are lots of highly intelligent people who fail as leaders because they have a myopic view of the world and do not inspire confidence in others. So, the next time you are faced with a difficult conversation, make it “we”-centric instead of focusing on “me.”